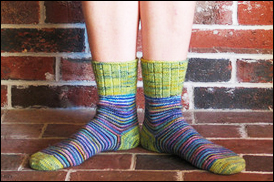 Inspired by Joel’s post about the curious habits of inanimate objects, I decided to take a look at the habits of those that live and breed in our house. These real-life mysteries enrich our existence, delivering just enough weirdness to keep everyday perambulations nice and spicy.

Like millions of British households, we’re at the mercy of socks. Socks proliferate. But they also migrate. Tony often gets socks from his mum at Christmas. A year down the line the original ten pairs have morphed into six pairs, three odd ones whose partners have presumably buggered off with the sock next door and one missing soldier whose whereabouts remain a perpetual mystery.

Keeping calm and carrying on

The trick is not to let the sock thing get to you. That way madness lies. I speak from experience, having earmarked a small Victorian corner cupboard for strays, the theory being that because they don’t get bored and lonely waiting for their partners to come home, they’ll stay put.

Then there’s the Law of Sock, so immutable it’s on a par with the laws of physics: when you finally throw in the towel and discard a pair-less sock its partner will turn up, leaving you wracked with guilt at your foolishness and cruelty.

The fine art of looking for stuff

You know that thing you do when you’ve searched in all the sensible places? You graduate to ridiculous locations: in your shoes, beneath the floorboards, under the cat… then if all fails, you start at the beginning and do it all again.

My mother tells the tale of a lost diamond ring. A week after it disappeared she’d gone through the house and garden in miniscule detail for the nth time and was feeling ragged at the edges, on the verge of losing the plot. A cuppa was in order and she headed for the kitchen. Only to find her diamond ring placed neatly beside the tap, where she had already looked a hundred times.

Mum attributes it to the ghost of her Gran, which used to open my child-locked bedroom door when I was a toddler and freeze the air ‘til you could see my foggy breath, even on sticky, hot summer’s nights. But I reckon the socks did it.

Socks on the rampage

Who puts my mobile phone in the fridge or under the sink? At least once a month I spend futile time scouring the house for the dratted thing. I end up phoning myself on the landline and following the ringtone like a cat stalking a bird.

Surely I’m on the ball enough NOT to post my phone out of the letterbox from the inside of the house? It must be those socks again.

Maybe one day I’ll catch a long haul flight to Kansas City and discover hundreds of single socks in Joel’s garage, partying ‘til dawn with his spare Levolor blind (which has decided not to go home because life at Joel’s place has taken a turn up for the books). I only hope Joel’s next crime novel isn’t compromised by their antics. If it is, he can always send them home and I’ll nail the little buggers to the inside of the wardrobe.

If you have a story about the dark place where inanimate objects and madness meet, we’d love to hear it. Feel free to leave a comment here or on Facebook.