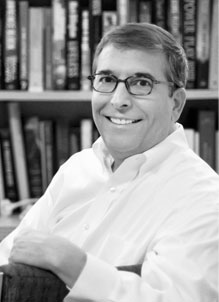 While practicing law as a trial attorney, one of my colleagues blew off some steam in my office by complaining about one of the other partners. Naturally, I suggested that we should write a murder mystery, kill the guy off in the first chapter, and spend the rest of the book figuring out who did it.

That joke did more than make my friend laugh. It launched my writing career with my first legal thriller, Motion to Kill, featuring the sexy, brilliant, wisecracking attorney, Lou Mason. That was in 1992. Motion to Kill was published in 2002, making me a ten-year overnight success. I wrote four more crime novels in the Lou Mason Thriller series, including the Edgar-nominated The Last Witness and Deadlocked, which was nominated for the Shamus award and won the Thorpe Menn award for best book by a Kansas City author in 2005.

An Unexpected Turn – Life Shakes Me Up

My novels all contain heart-stopping suspense, interjected with unexpected twists and turns. I always start my crime novels by asking what happens when things go wrong. I had to answer that question for myself when my life took one of those unexpected twists and turns. Although it didn’t have anything to do with the dark, mysterious and dangerous predicaments my characters find themselves in, it blindsided me all the same.

It was 2004 and I had just published Cold Truth, the third book in the Lou Mason Thriller Series. One morning, while I was in trial in San Francisco, I began having episodes of uncontrolled shaking, spasms and stuttering. It took eighteen months and visits with doctors across the country before I was diagnosed with a movement disorder called Tics that is similar to Tourette’s Syndrome. The episodes often occur without warning, sometimes bringing me to my knees, unable to control the tremors. Which is a bummer if you’re a trial lawyer.

Leaning In to Life and Its Surprises

When my doctor told me I could no longer practice law, I realized the truth in the old saying that when one door closes, another door opens. In 2006, I walked through that door and became a full time crime writer. It’s one of the best decisions I’ve ever made.

It’s kind of hard to keep a disorder like mine a secret and that’s not my nature anyway. I took this change in my life as an opportunity to let people know that there is life after life-altering disabilities. We don’t always get to choose what happens to us but we do get to choose how we deal with what does happen. By coping in healthy ways, these life-altering events can mark the beginning of a wonderful new journey.

One of the ways I’m getting this message across is through my Jack Davis Thriller Series. I gave FBI Special Agent Jack Davis the same movement disorder I have. I published the first book in the series, Shakedown, in 2008 to help me work through what was happening in my own life because of my tic disorder.

It was both liberating and cathartic to write about my disorder in this way. As a reader, you can see these struggles and challenges through the eyes and heart of Jack and on a very personal level – one you couldn’t possibly experience otherwise, unless you were going through it yourself. Journey with Jack as he faces a dark and dangerous criminal element while coming to terms with his disability.

I’ve written three novels in this series, but plan to write more in the future. Like Jack Davis, I refuse to allow my disorder to define me.

I’ve got three thriller series to share with you:

Visit my novels page for a complete listing of the many other suspenseful, heart-stopping books to keep you up at night.