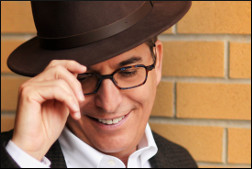 Praise where it’s due: Joel’s crime novels make an absolutely cracking read. So what makes them so good? I decided I’d blow his trumpet in an effort to pin down exactly why they’re so enjoyable!

Now and again I read a book where the hero or heroine royally buggers things up. They say the wrong thing, reveal a secret or make a piss-poor judgment, revealing their human frailty and showcasing their flaws. I don’t know about you, but I find it easier to like flawed characters.

Jack Davis’ past is strewn with tragedies. The fates of his children and estranged wife profoundly affect the way he tackles his investigations and engages with people. Lou Mason is a clever, astute chap but he falls apart when faced with a beautiful woman, reduced to schoolboy sniggers and blush-worthy social gaffes. Which makes him utterly and completely charming. And the feisty, fashion-averse Alex Stone has an over-developed sense of responsibility, soft as butter under her gnarly carapace.

The fine art of the quip

Dialogue must be one of the most challenging aspects of weaving a top quality tale. Joel’s characters could quip for England, which is a big part of their appeal. Lou Mason and his friend Blues play perfectly formed quip-tennis, batting the banter to and fro to hilarious effect. Sometimes they do it because they’re in banter mood, other times because it helps dissolve the fear and tension. Alex Stone holds her own in the banter stakes. And Jack Davis is a wry soul under his ex-cop exterior. They’re all totally believable, each easy to empathise with and seriously credible.

Joel’s novels take place against the vivid backdrop of Kansas City. The Lou Mason and Jack Davis series’ in particular are rich in lyrical description of the scenery, the weather, room-scapes and atmospheres, all of which makes for a deep, intimate reading experience full of colour and texture, dark and light.

I love an intelligent plot, and Joel’s books hit the mark. Lou, Jack and Alex act out their parts in innovative, complex and realistic stories with enough gore to keep thriller readers hooked, occasionally to a level that makes your hair stand on end. The occasional well-placed and non-gratuitous gore-fests stand out in stark contrast to the beautiful descriptive passages, personal content and scenes of everyday Kansas life.

As an ex trial lawyer, Joel knows his law and courtroom stuff. While his characters are all fictional, I sense a strong seam of realism in the characters of the judges, defenders, prosecutors, witnesses and juries. It’s powerful stuff, lending extra credibility and gravitas. If you’re going to do it, do it well…

Kansas City is a small world

As they say, it’s a small world. It’d be unrealistic for the characters in Joel’s series’ not to meet at some stage or another, in some part of Kansas City or another. And they do, which pleases me no end. I love the fact that Jack runs into Lou, who’s upstairs with Blues in Blues on Broadway. And that Alex meets both of them, their fates colliding briefly but significantly. I can sense their parallel lives, tantalizingly close.

My definition of a good book is one you read at least twice. I tend to hare through good books at top speed because I’m too excited about the plot to pay attention to the fine detail. The second time around delivers much more: a richer, fatter, wider reading experience where you appreciate every aspect of the writer’s skill from their descriptive powers and funny side to the treatment of minor characters, the people who only appear in one scene or just for a few seconds.

There. I’ve well and truly blown smoke up Joel’s ass in the nicest possible way, dead honest. If you haven’t read his best-selling crime novels yet, give it a go over Easter and put your feet up for a jolly good read. And let us know what you think.