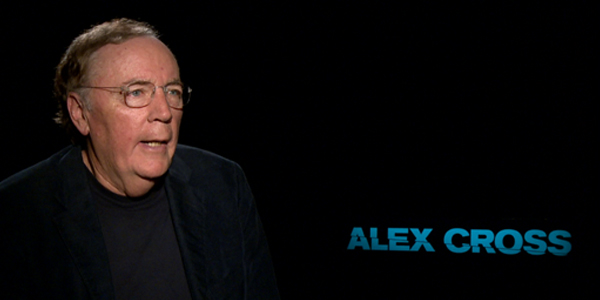 Like many great crime novels, James Patterson’s Alex Cross books can be read in any order. Each is a mini-masterpiece in itself. But if you want to make the most of the experience, it’s actually best to read them in the right order. That way you enjoy the subtleties of the author’s masterful character development to its full extent.

It makes sense. Things happen to you, and your life changes. Very few of us wake up exactly the same person we were the day before. The previous day’s events, however mundane or unimportant, add to the sum of our life experience, and occasionally the influence is profound. One day you’re a trusting soul, the next day your trust has been dashed by circumstances beyond your control. One night you get home safe, the next night tragedy strikes and you never, ever feel safe again.

Alex Cross’s life is about as far from humdrum as it gets. As you can imagine, fifteen books down the line he’s a different man, and experiencing his traumas and troubles in chronological order delivers much more than the sum of the parts.

If you’ve found it difficult to put James Patterson books in order, here they are, with the first Alex Cross book at number one.

If you haven’t discovered Alex Cross yet, and you’re a fan of the best crime fiction, here’s what Wikipedia says about the character that has stayed by my side right from the beginning, an honourable, easygoing man it’s easy to like, with enough foibles and failings to keep him human and enough crime-solving nous to keep me coming back for more.

“Cross is an African American detective and psychologist based out of the Southeast quadrant of Washington, D.C. He worked in the homicide division of the Washington, D.C. Metropolitan Police Department (MPDC), but eventually becomes a Senior Agent with the Federal Bureau of Investigation (FBI). After his stint with the FBI, Alex returns to private psychology practice but continues to consult for the MPDC and the FBI as needed, ultimately rejoining the MPDC as a special consultant to the Major Case Squad.

As portrayed by Patterson, Cross is a hopeful but rational man of generally deep emotions. He is a model father and quite empathetic in dealing with the public. Despite the fact that he is highly intelligent, well educated, and makes a decent living, he chooses to live in the Southeast quadrant of Washington, D.C., an area notorious for its poverty and violent crime. He is very involved in the community, exemplified by his volunteerism at St. Anthony’s Parish.”

My top three books in the Alex Cross series

If I was asked to recommend my favourite three Alex Cross books, these little beauties would stand above the rest.

Along Came  a Spider – 1992 – I love this because it’s the start of the Alex Cross series, introducing him for the first time. I enjoy the fact that Alex is African American, making him an unusual thriller hero. And the plot simply rattles along. When the daughter of a Hollywood actress and the son of the secretary of the Treasury are both kidnapped, one of the nastiest, creepiest villains in crime fiction takes to the pages. How I love to hate the vile, foul, terrifying Gary Soneji… and thank goodness serial killers like him are actually as rare as hens’ teeth in real life. Add the Secret Service into the mix and it’s a tale that’s very hard to forget.

Here is what another reader has said over at goodreads.com.

I’ve had several of the Alex Cross books in my library for quite some time and just now got around to reading one of them. It was well worth the wait, but I’m kicking myself for not having done it sooner. The series, which is still ongoing, starts out in D.C in the late ’90s and the eponymous protagonist is a black detective with a PHD in Psychology and is a specialist in serial killers and other psychotics. A child of the ghetto who overcame all of the hardships and disadvantages that life could throw at him, he refused to let it go to his head and he still lives and works there, helping the people in ways that he never was.

He and his partner are working a serial killing in the projects and is pulled off by the Chief and the Mayor to work on the kidnapping of two privileged white children from an elite day care center. There are many, many twists and turns before the case is settled and the dust settles down. Make sure you have plenty of time when you start reading this one as you won’t want to put it down.

Four Blind Mice – 2002 – A decade later Alex Cross is still at it, fighting crime with his unique blend of psychology, insight, common sense and uncanny empathy. Alex’s home life has moved on too and, perhaps because I’m female, I love to keep up with what ‘real’ life throws at my hero. This time around Alex faces four killers in an effort to save the life of a Vietnam veteran wrongly accused of a hideous series of killings in North Carolina. Patterson keeps the suspense sizzling right ’til the end. I honestly never would have guessed the outcome, another sure-fire hint it’s one of the best thriller books in town. I read it every couple of years or so and never get bored. Thank you, Mr Patterson, for the entertainment!

Here is an excerpt from the bookreporter.com review.

Patterson continues in FOUR BLIND MICE his practice of letting Cross and his supporting characters slowly evolve and develop. Cross makes a big change in his life in FOUR BLIND MICE and appears to be on the verge of making another. Sampson makes a totally unexpected change in his life as well. And as for Cross’ family, well…they are as real as one can find in mystery fiction. Patterson’s ever-evolving ability to balance Cross’ professional and personal life as a backdrop to a suspenseful manhunt is ultimately responsible for the ongoing popularity of this series, which has translated, in turn, to success for his non-Cross novels as well. Patterson shows no sign of slowing down at this point, and his legion of fans — large, and growing ever larger — will undoubtedly continue to clamor for more.

Alex Cross’s Trial – 2009 – By 2009 Alex was so real to me I felt if I turned up in Washington, I’d be able to track him down in the phone book. Silly, perhaps, but that’s the power of great writing. And it’s why I’ve chosen a book written by Cross himself as my third favourite. Talk about fun… I adore that Patterson brings Cross closer to reality by having him write his own book, the tale of his great uncle Abraham’s determination to survive the excesses of the Ku Klux Klan. It’s a story Alex wants to put in writing for future generations, an impulse it’s easy to understand. In this, the 15th in Patterson’s Alex Cross thriller series, the author is joined by co-author Richard DiLallo, making the book sound and feel different enough for readers to believe it’s actually written by Cross himself. Clever, clever, clever.

Here is a little of what Lori at Lorisreadingcorner.com has to say about this book.

Alex Cross’s Trial is not your typical James Patterson Alex Cross book. It has a different perspective that makes the reader now see all of the books in this series in a new light. The “author” of the Alex Cross series, is not James Patterson, but Alex Cross himsef. In the preface he (Alex Cross) explains that while writing his last novel (Cross Country) about his chase of the Tiger he would frequently return to one of his favorite stories that Nana Mama would tell him about their family history. And he figured that now was the perfect time to tell the story. I really enjoyed this book. It brought me back to a place in history that defined the world today. It was full of passion and deceit and one man’s quest to change the world.

If you can’t put James Patterson down, you’ll love Joel Goldman’s Jack Davis and Lou Mason series’. They’re also best read in the right order, following the main and ancillary characters’ loves, lives, failures and successes as life’s vagaries alternately flatten them and raise them up. Lou and Jack are survivors, just like Alex, and they bear their scars with equal grace and equanimity. Both good people, both a very good read indeed.

What are your favourite Alex Cross books, and why?