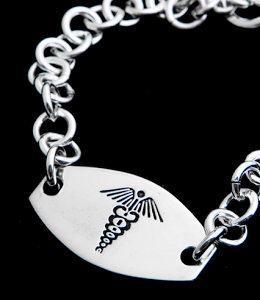 Creating a believable crime fiction hero can be a unique challenge. In any mystery, the main character should be smart but not a know-it-all, successful but not invincible, vulnerable but not weak. Good crime writers often make that happen by challenging their heroes with real life problems and then turning those obstacles into opportunities.  These crime fiction heroes face daunting medical conditions – but they’ve each been able to turn their afflictions into assets.

The unlikely hero of Jonathan Lethem’s Motherless Brooklyn, private detective Lionel Essrog has an inherent zaniness that’s amplified by his Tourette’s Syndrome. From outbursts of spontaneous poetry to uncontrollable barking and twitching, Essrog hardly seems like the typical hardboiled detective. However, when the boss at the PI agency where he works is murdered during a stakeout, Lionel hurtles himself into a compulsive search to find her killer. While his Tourette’s Syndrome certainly causes its share of difficulties, this medical condition also provides skills Lionel needs to solve the case – like creating an obsessive attention to detail and helping him make quick connections that his counterparts miss.

In Estelle Ryan’s Dr. Genevieve Lenard series, the heroine suffers from autism – which makes her particularly skilled at her job as an insurance investigator (and in her involuntary forays into crime fighting). Lenard is an expert at nonverbal communication and finds herself teamed up with law enforcement professionals at the highest levels – along with some of the world’s mastermind criminals – to stop art heists, bomb plots, and brutal killers. Lenard starts the series debilitated by her autistic “blackouts,” but she gains more control over her medical condition as the series progresses, using her episodes to tap subconscious connections and solve crime. In this “Connection” thriller series, she also learns to form relationships with her team members, slowly overcoming the social isolation her autism creates.

It’s no secret that the movement disorder that afflicts former FBI Agent Jack Davis suffers was inspired by real life. Davis’ medical condition causes episodes of uncontrollable shaking and stuttering and prevents him from continuing to working for the FBI – but doesn’t prevent him from continuing to track down the bad guys. While he certainly struggles with the disorder – particularly when it interferes with his ability to work – Jack refuses to be defined by his condition. Instead, he wrestles with his limitations day by day and works to come to terms with his disorder. In the course of the series, he transforms his vulnerability into courage by continuing to do what he does best: take down criminals.

Life is full of challenges, and the best crime fiction reflects the challenges that confront us all. Main characters with medical conditions they have to overcome leave us feeling encouraged and inspired – and reminded of the great things we can accomplish no matter what life brings our way.