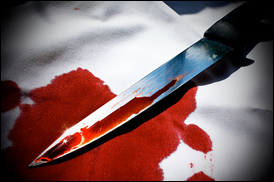 I explore life through the crime fiction novels I write, starting each book with the same question in mind. What happens when things go wrong, especially when no one is looking? Character and characters are measured by the answer to that question.

Crime fiction poses that question when the stakes are the highest, when the answer determines not only who lives and dies but how well we do both.

Flawed characters make the most interesting subjects because authors and readers can identify with them, recognizing our own shortcomings and wondering what we would do in their place without having to bear any of the consequences. Creating Jack Davis allowed me to take this process one step further and learn more about myself as I asked what happens when the same thing goes wrong in my life and my protagonist’s life.

I practiced law for twenty-eight years, trying lawsuits all across the United States. In March 2004, I was in trial in San Francisco. I awoke one morning and, while shaving, began to shake uncontrollably. As Perry Mason and Denny Crain proved, you can get away with a lot in the courtroom but uncontrollable shaking is not one of them.

It took over a year and a half and examinations by doctors in New York, New Orleans and Phoenix to get a definitive diagnosis of my condition. I have tics, a neurological disorder with no known cause or cure and a name so totally unimpressive that no self-respecting telethon would ask it out on a date. It occurs so rarely in mid-life adults, that little is known about it. Its closest living neurological relative is Tourette’s Syndrome.

Tics is very idiosyncratic, meaning that there is no set pattern or typical course. The more I do, the more I shake, spasm and stutter. My symptoms vary over time, familiar shaking patterns fading into the background, replaced by spasms that hyperextend my neck, arch my back and twist my torso in ways that makes Cirque du Soleil jealous. Tics is not life threatening or life shortening but it is life annoying and it forced me to give up my law practice.

Fortunately, I already had a second life – crime writer. My first series, four books featuring trial lawyer Lou Mason, allowed me to channel the legal career I’d only imagined. Tics gave me the chance to explore the life I’d won in the be-careful-what-you-ask-for sweepstakes by creating a new character, Jack Davis, an FBI Special Agent, forced to give up his career by a movement disorder that makes him shake when he should shoot. Learn more about movement disorders here.