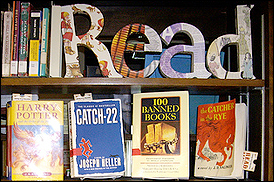 On October 22, I “finished” Stone Cold, the first book in my new Alex Stone Thriller series. I used quotation marks because I know that I won’t truly be finished until I do what I’m told by my editor and copyeditor, assuming that their suggestions don’t make me set my hair on fire.

But, in my head, I’m finished. I know the who, what, where, when and why. I’ve created characters and the world they live in. I’ve killed a few of them, made heroes or villains out of others and may have even made a couple of them a combination of both.

So why aren’t I dancing in the street? Why do I feel so, I don’t know, flat and non-plussed? Why am I more relieved than ecstatic? Why was I already thinking about my next book before I finished this one?

Put me on the couch or under a bright light and I might come up with a bunch of explanations but I’m pretty sure that won’t be necessary. You see, for me, the great joy of writing is in the creating, not in the finishing and when the creating ends, I’m kind of bummed. And the only way I know to shake the post-writem blues is to start on something new.

who has money to lend

So, that’s what I’m going to do. Actually, I’ve already begun – in my head – to roll around what’s going to happen with Alex Stone; whether she’ll ever be the same after what happened in Stone Cold and what that will do to her relationship with Bonnie Long, and whether Detective Hank Rossi will have her back or slap the cuffs on her and whether Judge William, “Wild Bill”, West will bail her out or send her up.

And I’m rattling Jack Davis’ cage, picturing him on that airplane flying from Kansas City to San Diego, wondering what’s bothering the woman sitting next to him, wearing dark glasses and tapping her fingers feverishly on her arm rest, looking out the window instead of at Jack or the menacing man who wanted to sit next to her but couldn’t when Jack claimed that seat.

Then there’s Lou Mason, disbarred but not discouraged, diving into the dark water again when he can’t say no to someone who’s in trouble. Can he get his law license back? Does it matter? After all, a sheepskin never stopped a bullet.