Great crime writers like James Patterson, Lee Child, Michael Connelly, and even horror writers like Stephen King draw readers into their stories by creating complex villains we love to hate. In my best selling crime novels, I pay just as much attention to developing the villain (or in some cases, villains) as I do when crafting the protagonist. Both characters must have strong, complex personalities and interest the reader to the point of near obsession. If a writer can do that, he or she has pulled the reader into the dark world all thriller readers want – fast, dangerous, and with plenty of unexpected twists and turns. 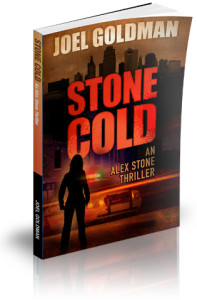 Take a break from your schedule and grab a copy of Stone Cold, the first in my new Alex Stone Thriller Series. Then come back and let me know what you think about the anti-hero. After all, I’m working on the second in the series. You won’t want to miss a word of any book in this fast-paced thrill ride series.

What Makes a Great Villain?

Last year, Publishers Weekly interviewed Mark Sullivan, a James Patterson coauthor, about working with the famous thriller writer. Sullivan divulged that when they began working together, Patterson reiterated the fact that they write to entertain their readers, not to educate and “enlighten” them. Sullivan went on the say that Patterson told him repeatedly, “ ‘To do that, our villains must be worthy opponents. The reader has to believe that the bad guy is fascinating enough, clever enough, and bad enough to defeat our hero.’ ”

Check out a few of my tips about creating a worthy villain:

As a writer, ask yourself what makes you interested with and fascinated by an antagonist in a story. The things that interest you will likely interest your readers and you’ll have an easier time creating a believable character if he or she actually interests you personally. This post, Interesting Psychopaths in Fiction, includes some clever insight into various types of villains. I also enjoyed Sheila Bugler’s picks for the Top Ten Female Villains in Crime Fiction. Check out her picks and add your own in the comment section. I’d also enjoy hearing about what makes you love to hate the bad guys in crime thrillers.