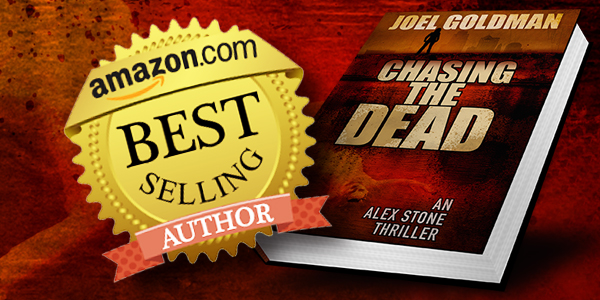 I was lucky enough to get my hands on the Advanced Readers Copy of  Joel’s latest Alex Stone novel, Chasing The Dead, a few weeks ago, and I’ve been mulling it over ever since. I feel a review coming upon me. I’d love to know what my fellow crime fiction fans think about it. And I thought it’d also be interesting to take a look at a couple more high profile fictional heroines involved in the often-murky, intricate, fascinating world of crime, the law, and justice.

Alex Stone, one of my best crime fiction heroines

We’re lucky in Brighton, UK, where I live, to have a thriving, vibrant lesbian and gay community. Our city is famous UK-wide for its tolerance, acceptance and appreciation of people who are a bit different. Walk through the city centre any day of the week and you’ll spot several men in dresses and at least as many trannies. So I’m not the least bit shocked or disturbed to discover a series of novels starring a lesbian public defence lawyer.

Who knows what the rest of the world thinks? But as far as I’m concerned, Alex is a winner. She’s gruff, tough, resilient, driven and troubled, a blend of confidence and a lack of it, who makes an idiot of herself often enough to seem real. She’s scruffy, as far from elegant and well-groomed as it gets, and she’s truly, madly and deeply in love with her partner, the gorgeous Bonnie.

Alex loves and hates her job in equal measure, but at least she feels it. There’s nothing less convincing than a perfect, un-flawed hero who approaches the worst in death, disaster, despair, cruelty and violence without so much as batting an eyelid. She hurts, she fucks up, she makes awful decisions, she gets in deep water, and she takes the consequences on the chin. She doesn’t always make friends in the process, but the friends she makes are loyal.  And now and again, she kills.

This time around Alex finds herself in terrible trouble, accused or cold-blooded murder, squeezed between a vengeful cop, a dirty judge and a particularly poignant murder, desperate to protect her lover but desperately out of her depth. I love the way Joel has developed her character so fluently in such a short space of time – this is, after all, only the second in the series. And I particularly love the last few lines, which left me hanging, forced to wait for the next instalment but not sure I could stand the delay. That’s the way to do it!

As far as I’m concerned it has all the ingredients needed to become a genuine crime fiction best-seller. But what do other readers think? I went in search of reviews of Chasing The Dead, and this is what I found.

Reader reviews for Chasing The Dead

“I thoroughly enjoyed the Jack Davis series, I loved the Lou Mason series and I am really liking the Alex Stone series, this is book number two featuring Alex Stone, full length book that is, there is also a short story called Knife Fight. The first book, Stone Cold should be read first, as that case continues to have an impact on Alex through this book. Considering how Alex Stone is a defence lawyer there’s not a lot of time spent in a court room, it’s more investigative, which I like a lot and I look forward to the next Joel Goldman book, will it be a Lou Mason or another Alex Stone, or possibly a Jack Davis.”

“This is the second book in the Alex Stone thriller series. It is a mystery legal thriller set in Kansas City, and the fast pace and twists in the plot kept my interest from beginning to end.”

“One of the things I enjoyed in other Goldman novels was the way characters from his other stories, like Lou Mason and Kate Scranton, pop in to help each other out. That’s missing here, but I think they must be absent for a reason. Alex is on her own. In this book as well as it’s predecessor I liked seeing events from several points of view. While Alex is the main character all the way, we also get to see things through the eyes of the homicide detective who wants to take her down. It’s interesting to see their different perspectives on what’s going on and how they come at things from different directions. I’m enjoying this series and hope there’s more to come.”

“Enjoyed the characters and the twists in the developing plot. Became a fan with the entire Lou Mason series. As a native Kansas Citan, before retiring to AZ, I so enjoy the Kansas City locals which bring back many memories. Can,t wait for the nest book in the Alex Stone.”

“I really enjoyed this book, as I have all the other Joel Goldman books I’ve read. He’s a talented writer who creates believable characters you care about, and plot twists that keep you riveted until the very end. I can’t wait until the next book comes out! He is definitely one of my favorite authors!”

“Chasing the Dead” by Joel Goldman is a solid mystery thriller in the stripped down, built-for speed James Patterson mold. Set among Kansas City’s prostitutes, homeless and all-powerful, this the second of Goldman’s “Alex Stone” series. The first volume, “Stone Cold” became an international best seller and garnered the author some good reviews and award nominations.

I think it’s a bad idea to come to a series in it’s sophomore outing because the characters were probably more completely developed, warts and all, when they were introduced in the first book. Goldman may assume we are familiar with the characters’ quirks and foibles and – aiming at that stripped down, James Patterson model – felt there is no need to restate that information here. I haven’t read the first novel and so have to make my judgment/recommendation on what’s before me. Although competent, professional, and graced with an insight into the legal system that only a practicing lawyer can give, “Chasing the Dead” struck me as a bit flat.

The problem lies in the characterizations – as they do, for me, with James Patterson’s work. So, dig it: If you like James Patterson, stop reading my review, go ahead and give “Chasing the Dead” a try. It’s cheap enough and you’ll probably enjoy it. My problem is that I don’t know much more about Alex Stone, the “star” of the series, after the last chapter than I did before reading the book — other than she is a happily attached lesbian and public defender and, when the novel opens, she is in big trouble. (Alex is being pressured by a maverick judge to “throw” cases for some of the worst, repeat offenders in Missouri’s justly maligned judicial system. Alex’s conscience is getting the better of her and she wants out. Complications ensue.)

What about similar crime fiction books with female heroines?

If you like Kathy Reichs’ female character Temperance Brennan, you’ll love Alex Stone. As it says on Amazon: “Fans of TV’s CSI: Crime Scene Investigation should be in heaven, stepping into the world of forensic anthropologist Dr. Temperance Brennan, star of Kathy Reichs’ electrifyingly authentic bestsellers.” If you’ve seen the TV series Bones, which is based on the novels, you’ll know all about her.

The character Brennan has the same strong feeling of realism and authority as Alex Stone. No surprise since Reichs is a real-life forensic anthropologist, just like Joel is an ex-trial lawyer. Maybe that’s what gives both authors’ books their sharp, clear authenticity. Here’s what Reichs’ site says:

“A member of a rare field of forensic anthropologists, board certified by the American Board of Forensic Anthropology, Reichs works for the office of the Chief Medical Examiner in the state of North Carolina and for the Laboratoire des Sciences Judiciaires et de Medecine Legale for the province of Quebec. She is also Professor of Anthropology at the University of North Carolina at Charlotte. But she has become best known for her series of books about fictional forensic anthropologist Dr. Temperance Brennnan. And that success has led to a television series being made that is inspired by her life and her books.”

Here’s another. If you’re looking for authors like Robert Crais you’ll enjoy Joel’s Alex Stone series. Here’s what a post on the Mulholland Books site says about Carol Starkey, the hard-as-nails bomb disposal expert and prime mover in his best-selling Elvis Cole novels:

“Carol Starkey doesn’t fit the lead female role we’ve all become accustomed to. She smokes like a chimney, swears like a sailor and sports a rather large scar down her chest from her run-in with a bomb. But Starkey is smart, funny, skilled and devoted. She was very passionate about her job with the bomb squad and lives with the ache of that loss. Starkey isn’t about social climbing or career climbing. Instead she’s dedicated to easing the ache of her loss by doing right with the means she has available to her.”

Mark my words, she’s a seriously scary lady. I, for one, would not trifle with her. Similar to Alex Stone, she’d make an exceptional friend but a formidable foe.

If, like me, you feel Crais’ work has a cinematic quality, it’s probably because that’s where he cut his crime fiction teeth. He has written scripts for major television crime series including Cagney & Lacey and Miami Vice, and won an Emmy nomination for his work on Hill Street Blues. I get the same clarity of vision from the Alex Stone novels, which I reckon would make really good telly.

Who is your favourite crime novel heroine?

Who’s your best-loved crime novel heroine, and why? If you haven’t added Alex Stone to your stable yet, give her a go and let us know what you think. As far as I’m concerned, you’ve got a real treat in store.

2 Responses to “Chasing The Dead – The Next Crime Fiction Best Seller?”