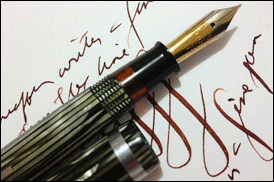 I’ll bet that many of you have had the same experience I often have had while reading a novel. There were times I put a book down after reading a particularly great passage and thought there was no way I could ever write like that. There were other times I threw a book down and wondered how did that ever get published!

When I first started writing, I attended a writer’s workshop sponsored by a local community college. A speaker on the program told us that there were only six things we had to do if we wanted to write. This was like having the secrets of the universe revealed at a bargain price. We leaned forward, knuckles grasping the edges of our seats as the speaker let loose the truth. All we had to do was read, read, read and write, write, write. Ernest J. Gaines, who wrote The Autobiography of Miss Jane Pittman, is the author of that borrowed wisdom. And, he’s right. Over the years, I’ve read a number of statistics about getting an agent and getting published. The ones that stuck with me are that literary agents reject ninety-five to nine-ninety nine percent of the queries and manuscripts that unknown, unpublished writers send to them and that publishers reject over ninety percent of what agents offer for sale. All of which explains why getting published is like shooting a BB through a Lifesaver, though self-publishing has leveled the playing field. More about that in a future post.

Another writer, Brenda Ueland, wrote a book in 1938 titled If You Want To Write in which she argued that anyone can write because we are all original and we all have something to say. She didn’t say we could all get published, just that we all could write. However, she convinced me I could write and Calvin Coolidge, the thirty-first president of the United States convinced me I could shoot a BB through a Lifesaver.

Coolidge may not be remembered for much (so don’t worry if you’ve never heard of him), but I’ll always remember him for these words:

Nothing in the world can take the place of persistence. Talent will not; nothing is more common than unsuccessful men with talent. Genius will not; unrewarded genius is almost a proverb. Education will not; the world is full of educated derelicts. Persistence and determination are alone omnipotent. The slogan “Press On” has solved and always will solve the problems of the human race.

2 Responses to “If You Want To Write”