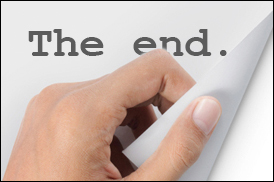 I don’t mind admitting it. By the end of the latest book in Joel’s cracking crime fiction series I had a bit of a crush on Lou Mason. And yes, I am mildly jealous of his latest squeeze.

Am I alone in my madness? Probably not. When an author creates a powerful, clear, rounded character and develops him or her over a series of novels, it’s pretty hard not to get seriously caught up in their fictional comings and goings.

What is it about Lou Mason that’s so compelling? There’s something oddly appealing about a character who’s sensitive enough to fall head over heels in love at the drop of a hat but completely unable to stop wise-cracking. Perpetually in hot water of one kind or another but funny, kind, perceptive and painfully honest. He’d make a good, loyal friend too. All of which meant I seriously disliked the idea of him being consigned to a literary limbo, left hanging with his virtual life cut short.

As you can imagine I was pretty chuffed to find Lou making the occasional cameo appearance in Joel’s Jack Davis thrillers, working in Blues’ bar and quietly getting on with his life in the background. I love the fact that Lou Mason lives on, parallel to Jack Davis, and that their worlds sometimes touch lightly to keep sensitive types like me loosely in the loop.

Mary Wesley does it too. Her brisk, frank, funny British eccentrics are often related to one another. Every now and again the unforgettable Calypso pops up in conversation or moves silently through a paragraph in a later novel, giving glimpses into lives, loves, fates and futures that continue behind the imaginary scenes. I get a thrill of pleasure every time: a gut-level shock of pleasurable recognition, of being intimately connected with the dense web the author creates.

Joel’s Jack Davis is also a likeable bloke, as flawed heroes often are. A handful of crime novels down the line it’s surprisingly hard to let him go. Joel puts the man through the emotional mill but in the latest in the series Jack’s character finally comes to terms with the tragedies that haunt him. It feels right, well-deserved, and I’m genuinely pleased there’s light, forgiveness and a measure of redemption at the end of his tunnel. I know he’s a figment of Joel’s imagination. But I wish him well.

You don’t have to love a literary character to find them unforgettable. Baddies can be equally compelling. If you’ve read Silence of the Lambs it’s hard not to repeatedly taste the off-the-scale vileness of Hannibal Lecter. If you’re particularly sensitive an aberration like Lecter can stalk your dreams, hijacking far too much head space for comfort. As a child I was kept awake nights by the horrific spectre of Dickens’ pitiful Miss Havisham, with her crazy spiderweb hair and wild, mad eyes, burning to death for the sake of unrequited love. She still burns bright in my mind’s eye, even though I last read the book in my teens.

Have you ever mourned the end of a book, bereft because of the loss of a fictional character whose fate you will never know? Or been so disgusted and terrified by someone that they stride darkly through your nightmares years later? Have you ever hated a character with alarming venom or fallen hopelessly and feverishly in love with someone who’s nothing more than a work of fiction? If so it’s time to confess…

3 Responses to “Love, hate and loss – When characters live on after the final page”