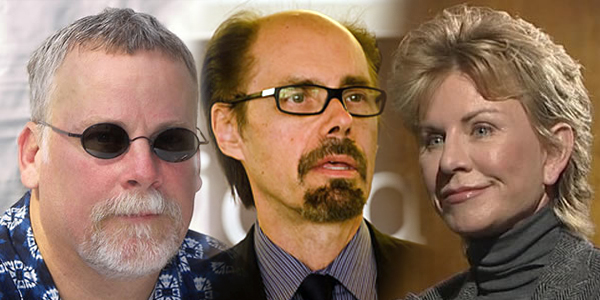 Are you looking for authors similar to James Patterson?
If so, you’re not alone. Genius as he is, he can only write one book at a time. And thrill-hungry audiences are always on the lookout for more of the same, whether it’s from his pen or someone else’s.

First, the marvellous Michael Connelly, whose hugely popular private eye character Harry (Hieronymous) Bosch is about as tough as it gets. Connelly’s realistic police procedurals sell millions and it isn’t hard to see why.  He’s another of those authors who grab you by the scary bits and won’t let go. Once you’ve read the first book, you genuinely can’t resist reading the rest.

The first time around I raced through his crime fiction masterpieces in record time, because I was desperate to know what happened – a sure sign of an excellent plot. Then I started from scratch a few months later, reading them all again at a slower pace to savour the fine detail. That’s what I call a brilliant thriller series!

What do other fans say? Here’s one reader’s take on The Black Box, reviewed on Goodreads.

It never ceases to amaze me how Michael Connelly achieves such a constant level of excellence with his writing in relation to the excellent Hieronymous (aka Harry) Bosch series. Let’s bear in mind that this is the 18th outing for Harry and it’s exactly twenty years since this stalwart of American detective fiction made his debut in ‘The Black Echo’, and yet Connelly unceasingly produces the most readable and stylistically perfect thrillers time after time.

Jeffery Deaver‘s Lincoln Rhyme series, starring the wheelchair bound detective and his gorgeous, nail-biting red-headed sidekick and lover Amelia Sachs, are also classics in their genre. Deaver has crafted a grand total of ten Rhyme novels, and I’ve read them all at least once except the most recent, a treat to come. If you like James Patterson, Deaver’s fine appreciation of gore will hit the mark. If you adore super-nasty killers and complex plots, Deaver’s right on track. And if you love flawed heroes, Rhyme and Amelia are about as flawed as it gets. Epic stuff. Here are his Rhyme books in order.

What do other readers think? Here’s just one review from Amazon, about The Kill Room:

I’ve been reading Jeffery Deaver’s books since A MAIDEN’S GRAVE in 1995, and I’ve been a fan of quadriplegic criminologist Lincoln Rhyme since THE BONE COLLECTOR in 1997. Rhyme is a wonderful character – he’s brilliant, fanatical about the English language, and a true ace at sifting through evidence (even through the eyes of his partner – and lover – Amelia Sachs). He’s also a totally believable character.

THE KILL ROOM is the tenth Lincoln Rhyme novel Deaver has given us, and it reminded me a bit of that first one. Rhyme is still battling his disabilities, he’s still debating his medical options, and he’s still in love with Amelia Sachs. But this time around Amelia has some issues of her own (also very believable), which allows her feelings for Rhyme (and his for her) to be subtly highlighted. Deaver is a master at revealing his characters’ emotions through a glance, a careful touch, or a word or two of dialogue. This is what it would really be like to love someone you’re working with. Or to love someone who’s in a wheelchair.

Patricia Cornwell is another seasoned favourite of mine, whose crime novels I revisit time and time again, year after year. Achieving the same quality as the master is no mean feat but if you’re looking for thriller writers like James Patterson, you can’t go far wrong with Cornwell.

Her heroine, Dr. Kay Scarpetta, is a medical examiner, and the Scarpetta series has sold a grand total of at least 100 million copies, testament to the fine quality of Cornwell’s work. Like Deaver and Connelly they’re beautifully written, with as much substance as style, and plotted to perfection. Like them, the main character develops throughout the series so as a reader, you feel you really do know her. And like them she’s a master of forensic science.

Cornwell’s Scarpetta series currently numbers 21 novels, enough to keep any self-respecting crime thriller fan happy, entertained and scared stiff for weeks. The latest, Dust, comes out in a few weeks’ time, in November 2013. Here’s what the Amazon bumph says about it:

After working one of the worst mass killings in U.S. history, Scarpetta returns home to Cambridge, Massachusetts. Exhausted and ill, she’s recovering at home when she receives an unsettling call.

The body of a young woman has been discovered on the Massachusetts Institute of Technology’s rugby field. The victim, a graduate student named Gail Shipton, is oddly draped in unusual cloth and posed in a way that is too deliberate to be the killer’s first strike. A preliminary examination in the sea of red mud where the body has been left also reveals a bizarre residue that fluoresces blood red, emerald green and sapphire blue.

Physical evidence links the case to a series of uniquely weird homicides in Washington, D.C., where Scarpetta’s FBI husband has been deployed to help capture a serial killer dubbed the Capital Murderer.

The cases all connect and yet seem to conflict. Gail Shipton was murdered for financial gain—or was she? It will require the usual ensemble of characters to find out the truth, including Scarpetta’s sidekick Pete Marino, who has undergone a drastic change in his life that places him center stage in a Cambridge investigation that puts everyone at risk.

There must be other authors like James Patterson, the best of the bunch, the shining stars of the genre. Who’s your favourite best-selling crime author?

One Response to “3 Great Crime Fiction Authors Like James Patterson”