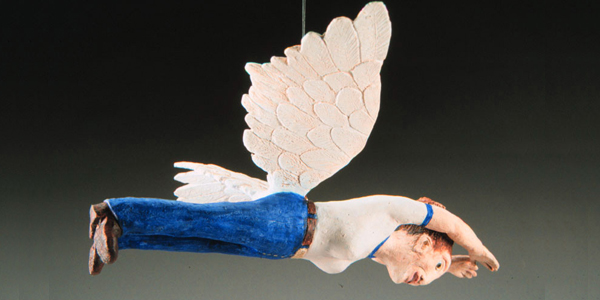 It’s confession time for all you crime fiction writers out there: are you a plotter or a pantster? And why are you a plotter rather than a pantster, or vice versa? Last week, at ThrillerFest, I participated in a panel discussion with other crime writers about whether it’s better to outline your story first, or just proceed by the seat of your pants (i.e. plotters vs. pantsters).

Writing Crime Fiction Is All About the Surprises

Me? I’m an unabashed pantster because the process of writing crime fiction is too organic, fluid, and dynamic for me to outline. When I worked as trial lawyer, I lived and died by my outlines. I was mega-meticulous and determined that there would be no surprises in my trials. When I began writing, I tried the same approach and it was a dead end because I realized that, for me, writing is all about the surprises that happen along the way.

Writing crime fiction without an outline is a little like peeling the proverbial onion. Each layer takes the writer (and, subsequently, the reader) closer to the core of a story buried deep within his or her imagination. When I write, I draw upon my experiences and even conversations and brief encounters I’ve had with other people to give the story substance and shape. These elements emerge as the story unfolds, bit by bit. That’s exactly how I felt when writing the first Jack Davis Thriller, Shakedown – as if the story emerged almost by itself.

I never really know what’s around the corner. A scene will appear in my mind and as I write, I’ll let it take the characters where they need to go. Often, it leads to a plot twist that surprises even me. All of my crime novels, like Final Judgment and Stone Cold, contain these sorts of suspense-laden thrills and twists and I think it’s because I write without an outline. For me, writing in this way helps me maintain momentum in the story and keeps me from feeling constrained by a pre-determined outline.

Author Steven James moderated the panel discussion about plotting versus flying by the seat of one’s pants and he provided three inspiring quotes during the talk. Take a moment and check out his more than 30 books, including the bestselling Patrick Bowers series and Placebo from The Jevin Banks Experience. What do you think about these quotes? I especially love the third one on uncertainty.

“Plot is, I think, the good writer’s last resort, and the dullard’s first choice.”  ~Stephen King in On Writing

“Remember: Plot is no more than footprints left in the snow after your characters have run by on their way to incredible destination. Plot is observed after the fact rather than before. It cannot precede action. It is the chart that remains when an action is through.”  ~Ray Bradbury

“Art is like beginning a sentence before you know its ending . . . Many fiction writers, for instance, discover early on that making detailed plot outlines is an exercise in futility; as actual writing progresses, characters increasingly take on a life of their own, sometimes to the point that the writer is as surprised as the eventual reader by what their creations say and do . . . Uncertainty, is the essential, inevitable and all-pervasive companion to your desire to make art. And tolerance for uncertainty is the prerequisite to succeeding.”  ~David Bayles and Ted Orland in Art and Fear

While all three quotes resonate with me, I especially love the third one because it speaks directly and precisely to my experience as a crime fiction author. Life is uncertain and, as a fiction author, the lives of my characters are also uncertain. Sometimes I don’t even know how they’ll end up until the very end…just like you, the reader.

Lots of great authors, though, do still live and die by their outlines and this methodology works very well for them. Share your thoughts with me on using an outline to move your story along. Even if you’re not a writer, I’m interested in what you think about using outlines for storytelling. Let’s discuss it below.

4 Responses to “Writing Crime Fiction – Are You a Plotter or A Pantster?”